As a kid I moved around a lot, giving me lots of knowledge about all the differentareas of BC. I was born in Grande Prairie,then my family moved to Nanaimo, then Abbotsford, then back toVictoria before I finally settled back into Abbotsford, where I have liveckince 2001. All this moving around and somehow my familynever went camping.

When I was a kid, I wanted to be a Master Lego Builder. At 12 I became the newspaper delivery boy in my local neighborhood, and as a teenager I accepted reality and settled on working towards becoming a Civil Engineer. My love for the outdoors took me off my path of becoming an engineer and brought me into T raveland in December of 2012. I worked in the parts department until 2014, and then sales until 2017. I have been the Sales Manager at Langley TLRV since 2017.

T raveland gives me the opportunity to helpbring families together to enioy what our beautiful country has to offer.and even helped me to meet my wifel Her and I met 5 years ago ona work trip, and got married in November 2021. Ourfurmilyincludes Murphy our golden retriever and Sammy, our rescue cat.

Outside of T raveland I snowboard and golf, dependingon the season, as well as explore the backcountry of BC in my truck. Mydream is to camp somewhere up north where I can stare atthe Northern Lights. 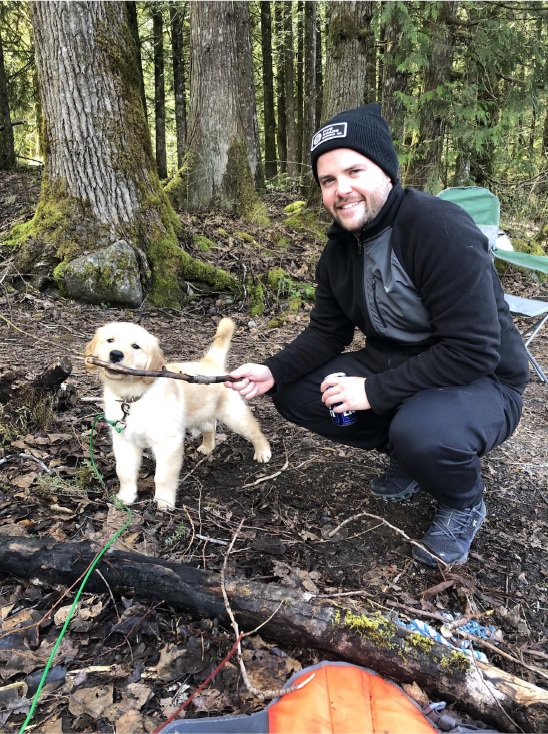 by OperateBeyond.com Opens in new window